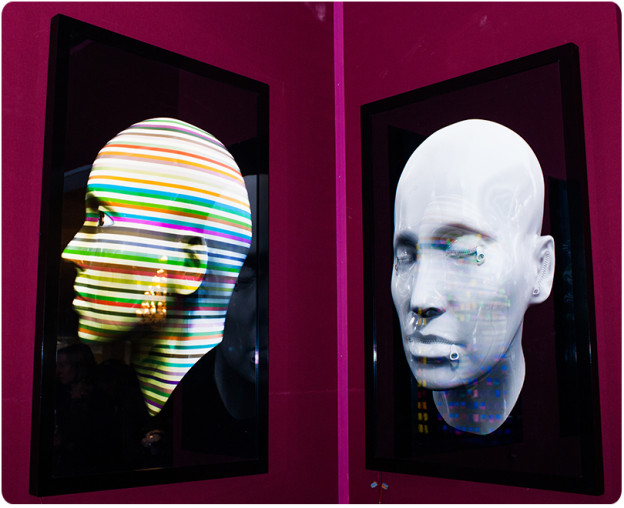 John Ruskin defined art with a gesture: holding a mirror to life. Vladimir Mayakovski was more convincing: “Art is not a mirror used to reflect the world, but a hammer with which to strike it.” Both coincide in understand that art faces the toughest conditions of existence. The long history of human pain that inspired ancient religions which sought to mitigate it, also influences contemporary art in both the Old and the New World. Mirror or hammer of reality, the works of the English Damien Hirst and the Bolivian Sonia Falcone reaffirm the connection between life and an art that incorporates the notion of passion and its etymological origin —suffering— into an aesthetic experience whose formal beauty strikes us.

“I’m going to die, and I would like to live forever. I can’t avoid the first, or stop wanting the second”, confesses Hirst, whose prestige as an iconoclastic artist is based partly on his unceasing recreation of himself as an antagonist of death, whom he opposes through diverse artistic practices. He has covered horror with symmetries of great formal beauty, like in his butterfly paintings. In fact, butterflies and skulls, both motifs of his paintings in spin, are symbols as paradoxical as immemorial in the history of art. The first, fragile and beautiful, incarnate the potential of transformation and the transience of life. At the same time, however, they have survived as a species since prehistory. Skulls have been linked since the middle ages to the “memento mori”: the reminder of our mortality; but at the same time, they last longer than the flesh. Art extends its aura of beauty over pain, and it can incarnate with irony the conscience of our own transience. Hirst, who confronted the Royal Pharmaceutical Society for its own right to freely use the word “pharmacy”, incorporates syringes —related to corporal disease—, in pieces whose titles are paradoxically associated with happiness. His art involves its peculiar poignancy vaccine against the same evils that made us seek religious liberation.

Sonia Falcone works with dual object—symbols that evoke humanity’s unconscious and continuous tension: construction and destruction, protection as threat, life and death. In any case, these object—symbols allow her to make, as an aesthetic ritual, the transformation of pain into creation. “Drops of Blood”, a piece that commemorates the death of a close friend, is exhibited in glass vessels, whose transparency contains both the reaffirmation of beauty over pain, and a conversion of blood into perfumed oil. In another artwork, “Field of Grass”, the use of fine needles in a sort of abstract tapestry, carries us to the field of life, where chaos and pain usually appear in unexpected ways. However, she uses this sharp element —which serves to sew or to prick— in a serialized and repetitive manner generating order, and a harmonious aesthetic. The perfumed installation “Windows of the Soul”, as well as the painting by the same title, created as a personal act of transmuting difficult experiences into celebration, are inspired in the mystic poems of San Juan de la Cruz, suggesting structures of contemplation of our own existence, which by moving away from the sensory bring us closer to the state of liberation of the being. 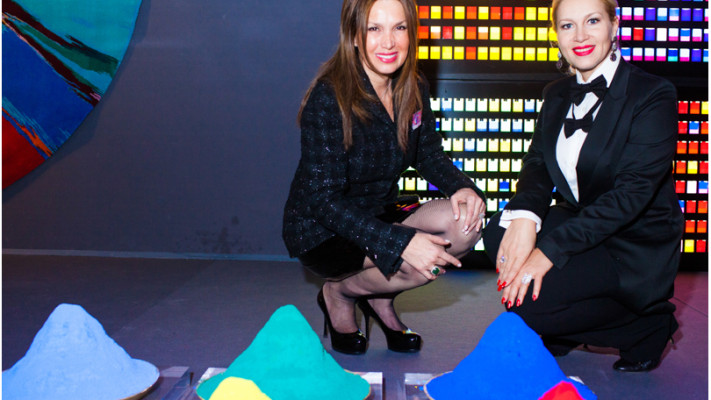 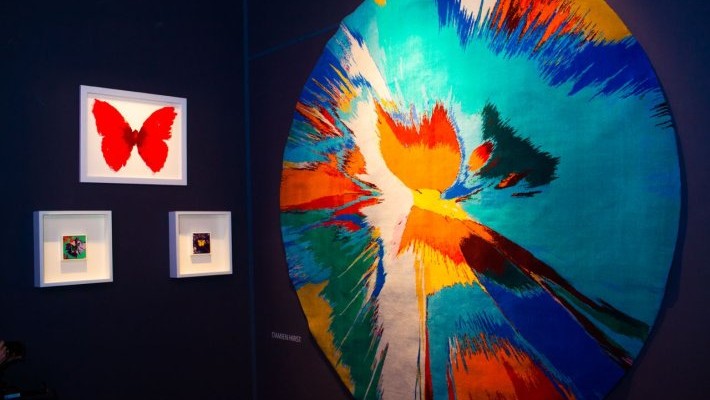 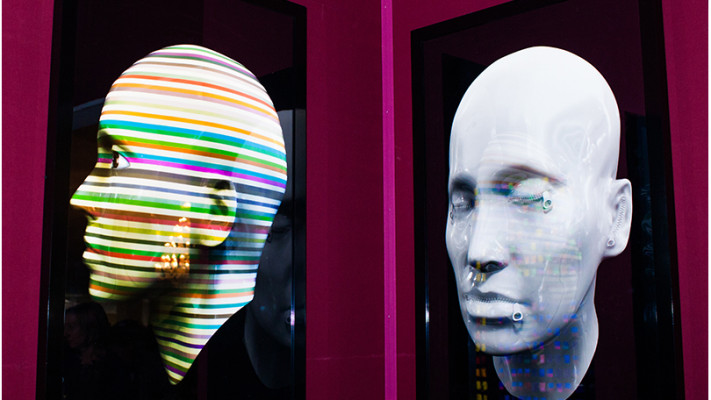 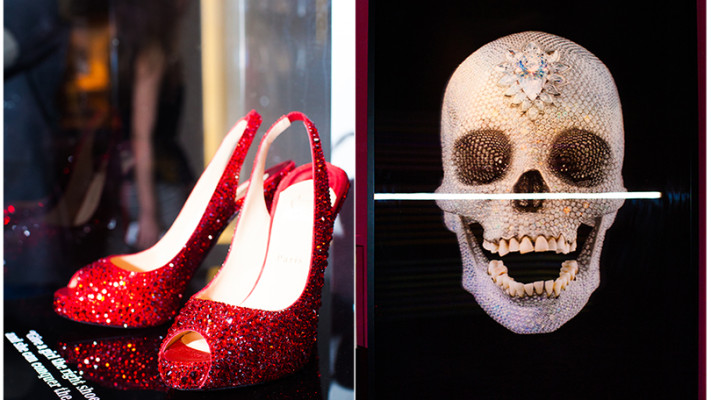 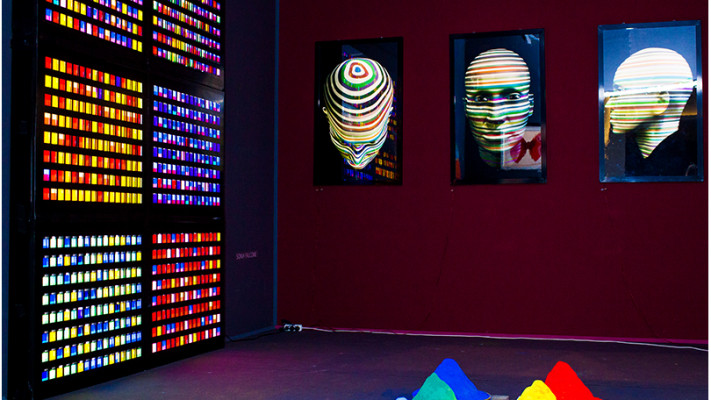 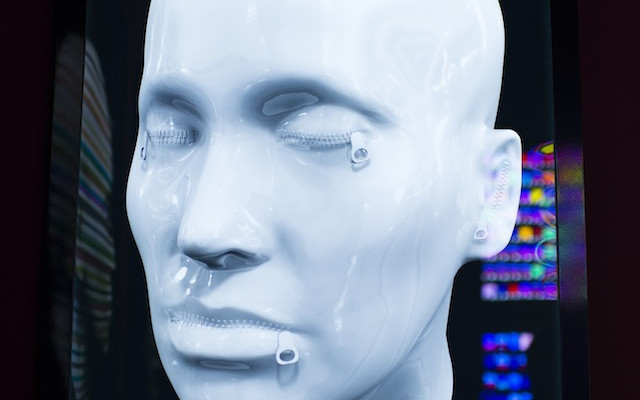 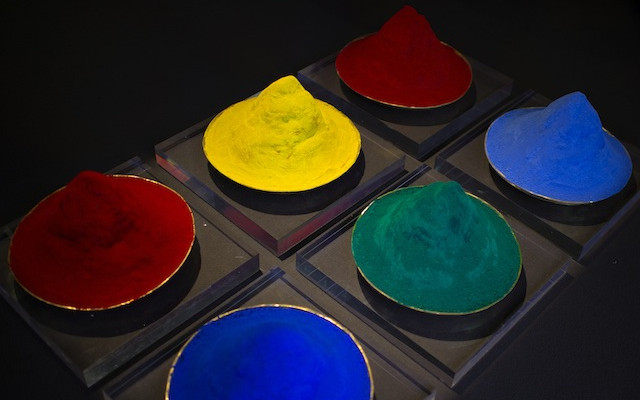 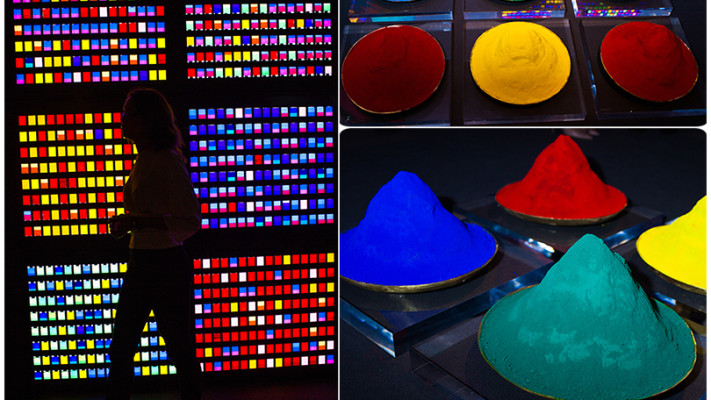 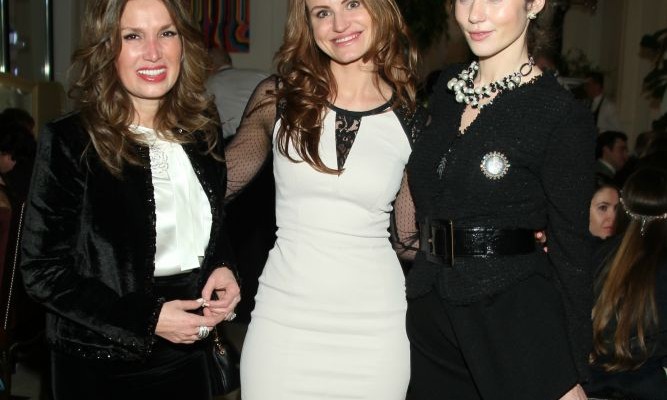 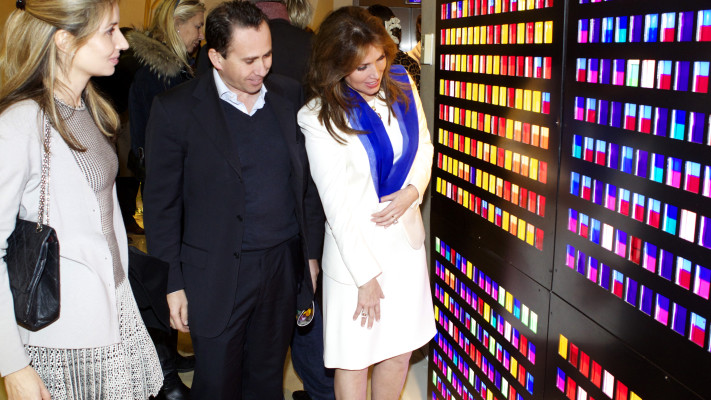 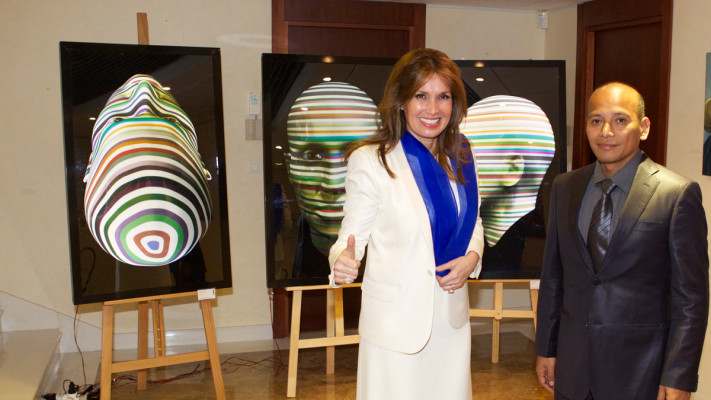 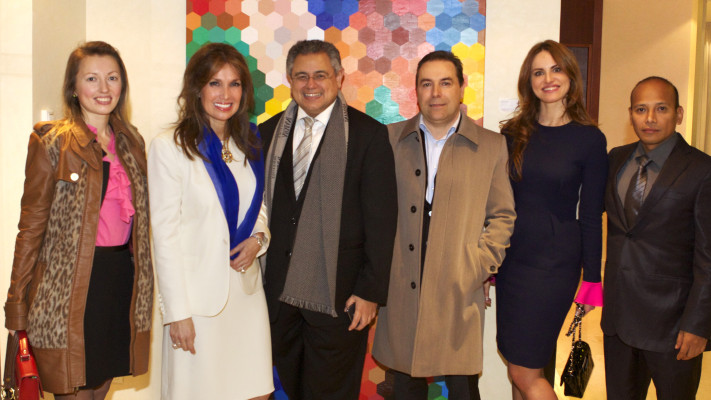