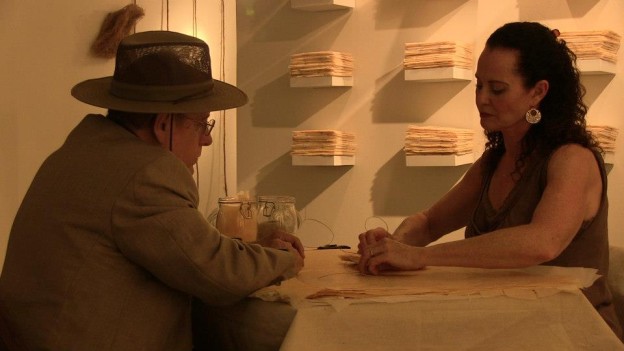 *As part of the exhibition “Boy, Maps and Territories: Personnel Geographies”

“The Package Project” is an installation of 250+, 5” x 8” paper packages, made from tracing paper, beeswax and twine, stacked into columns, mounted on white wooden boxes

In the Package Project, chores familiar to women such as folding laundry, working pastry and wrapping packages, are universal and strike a chord with generations of women. The delicacy of the materials, in this case, tracing paper, beeswax and twine, create a tension between the fragility of the materials and the complexity of the concept they refer to.

During the initial stages of the project, groups of women volunteers helped wax, crumple, smooth, fold, tie and knot the packages; many times including personal notes wrapped inside. Since the project’s inception, its process was key to its interpretation. Ultimately, it became evident that the actual making of the packages and the interaction of the public should remain an integral part of the work. Men as well as women were invited, and an interactive performance element was added. As the one on one experience with the public provided a more intimate interaction between Artist and participant, the notes became more personal. As the artist recreated a repetitive task, participants were asked to become aware of their thoughts, and to write one down on a small notepaper that in turn, was then tucked inside the package. Each finished package would then join the hundreds of others with no trace of personal identity. This cumulative energy evoked by the hundreds of participants whose touch and thoughts were contributed, remain the driving force that continues to generate this work. 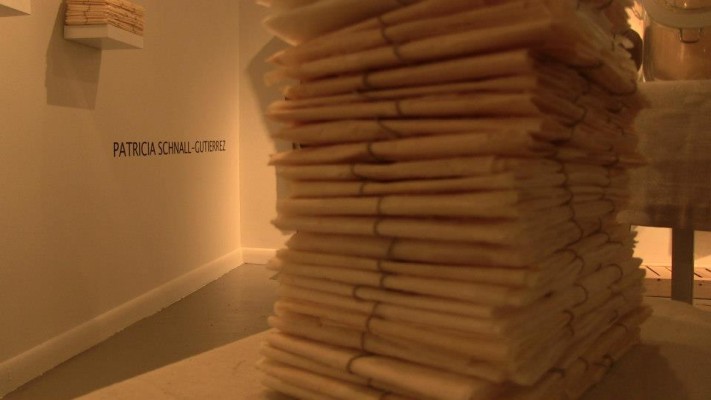 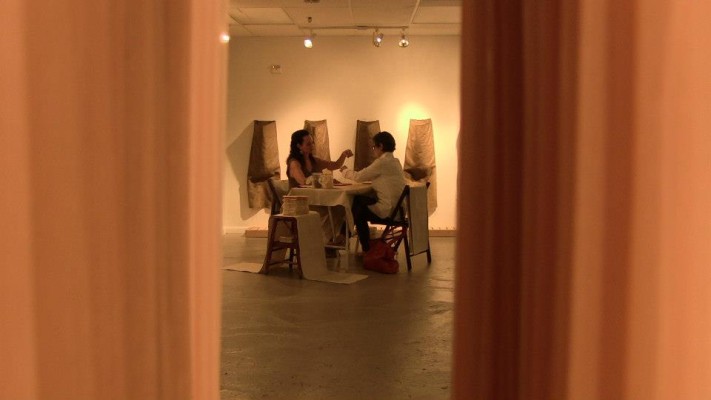 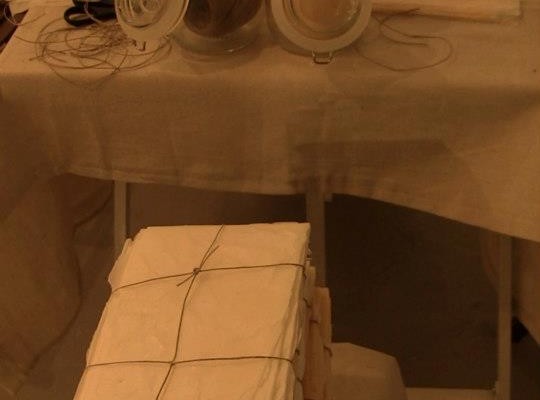 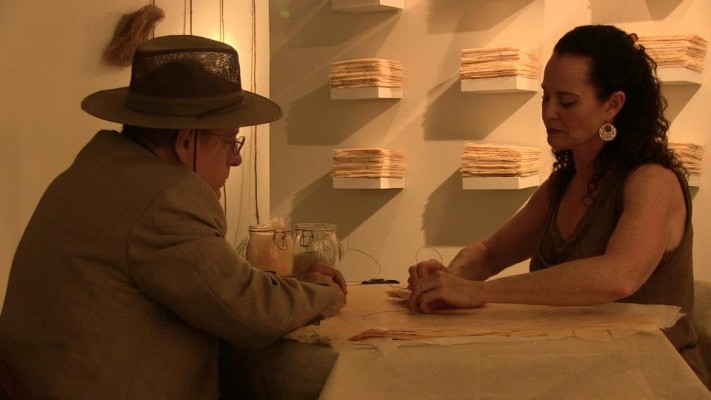 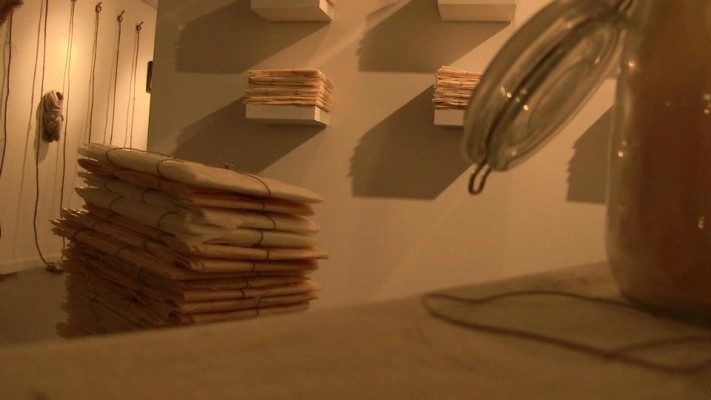 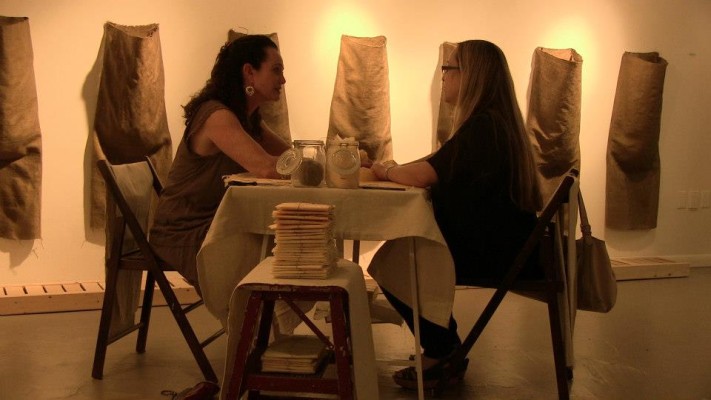 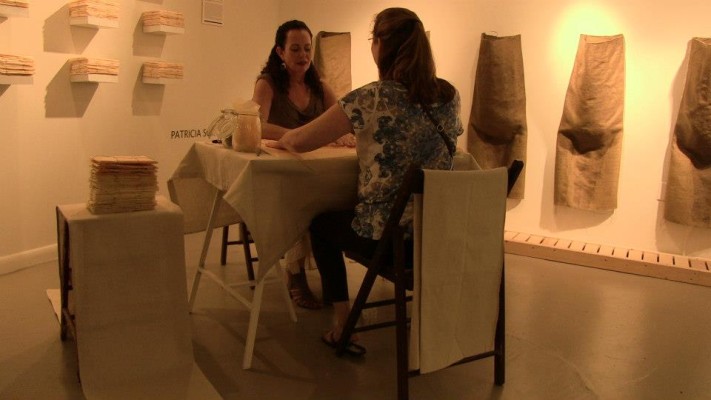 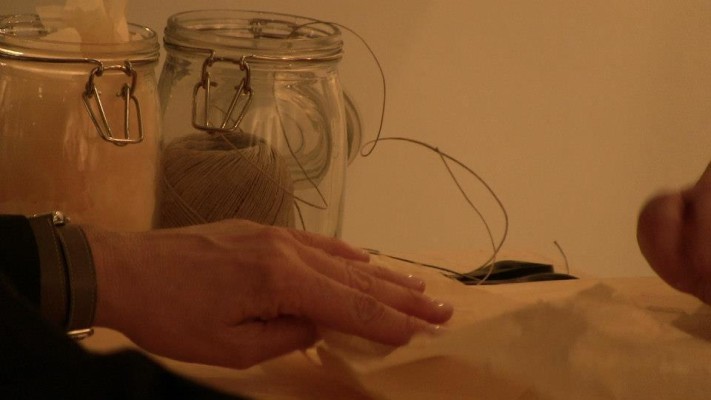 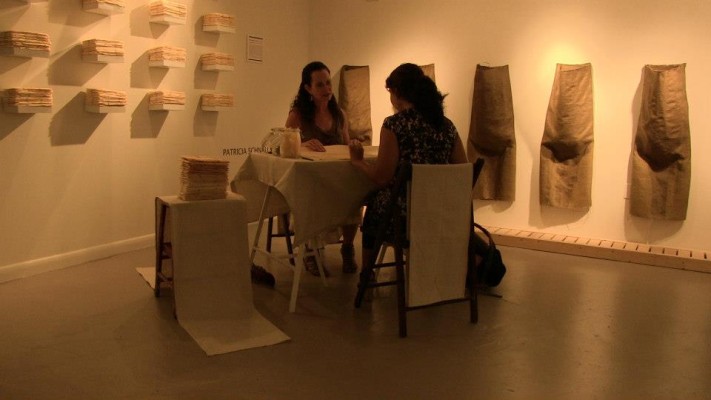 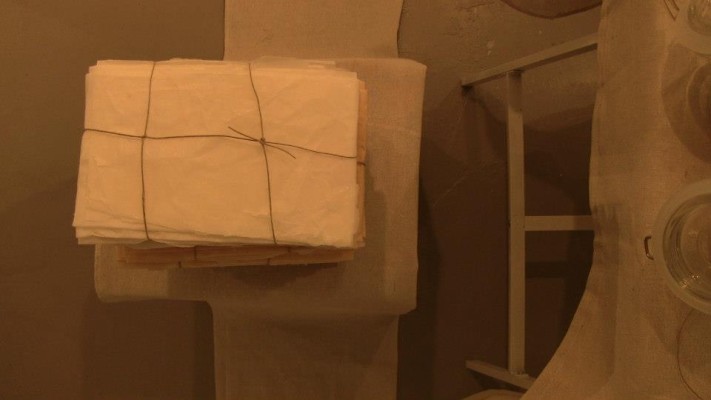 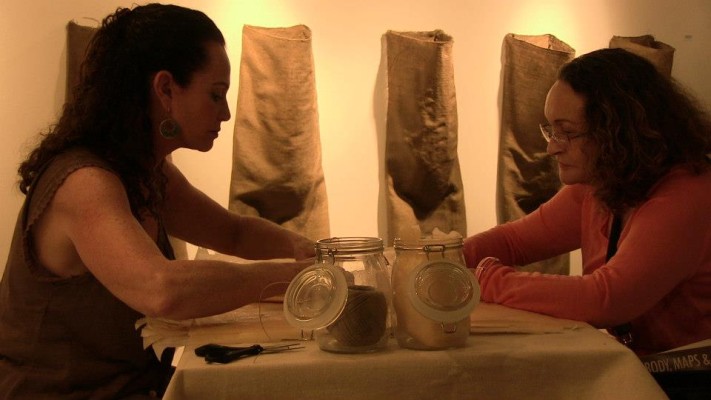 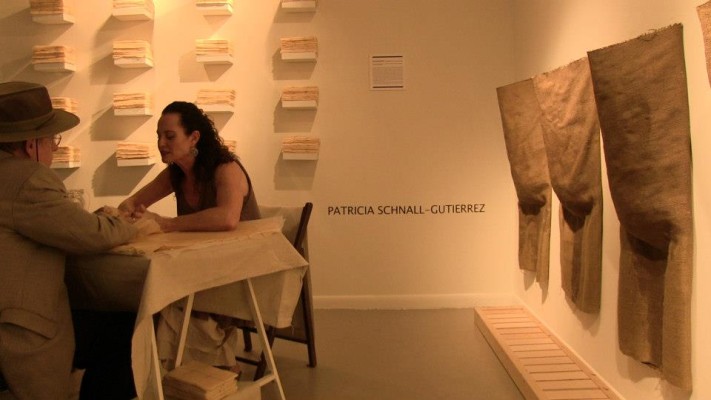 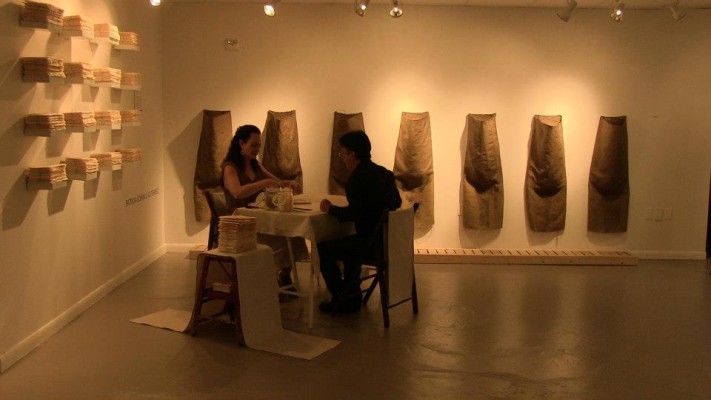 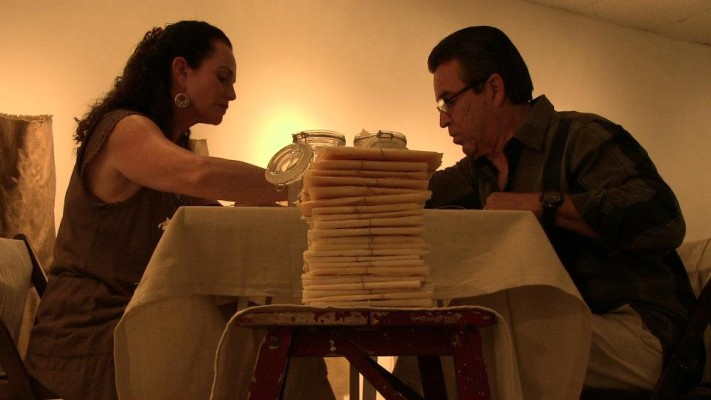 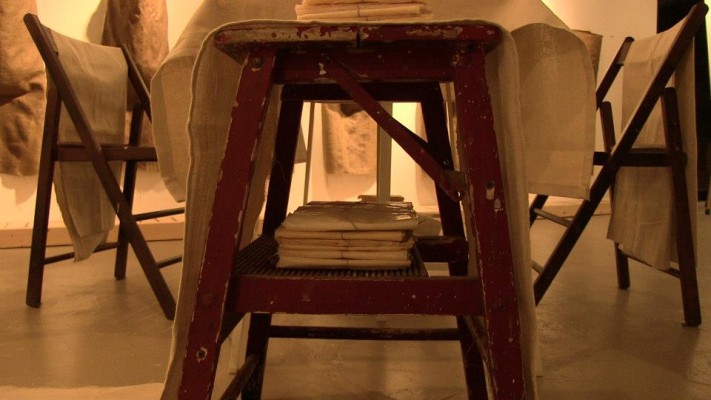 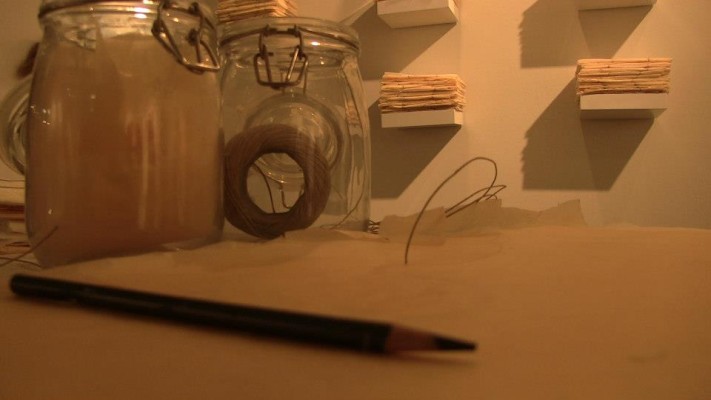 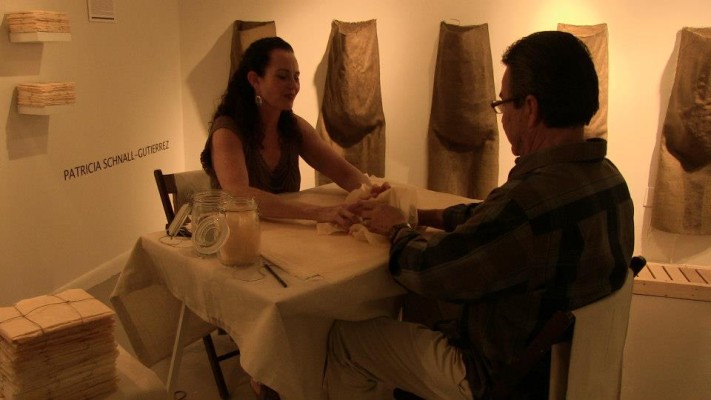 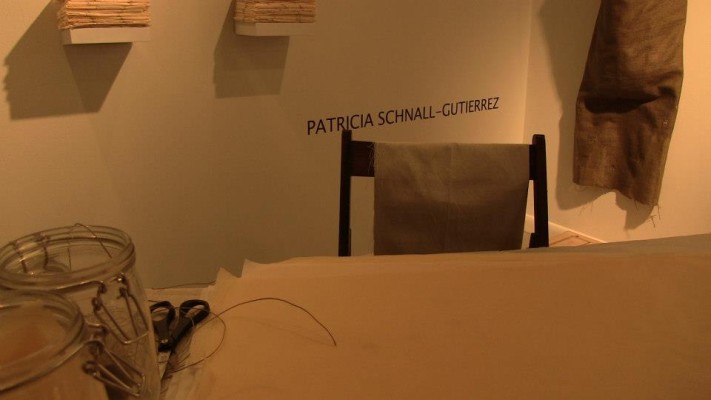 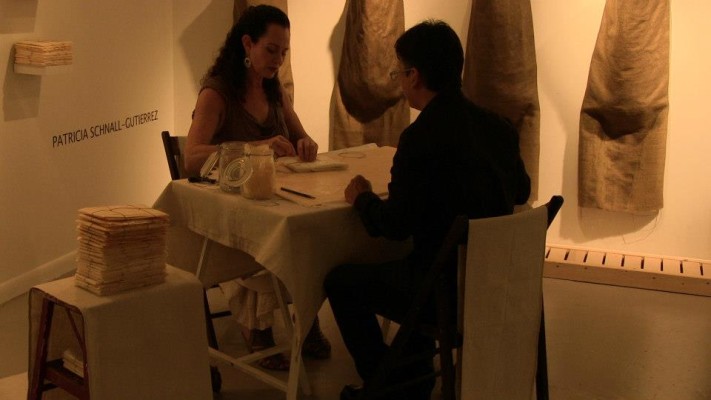