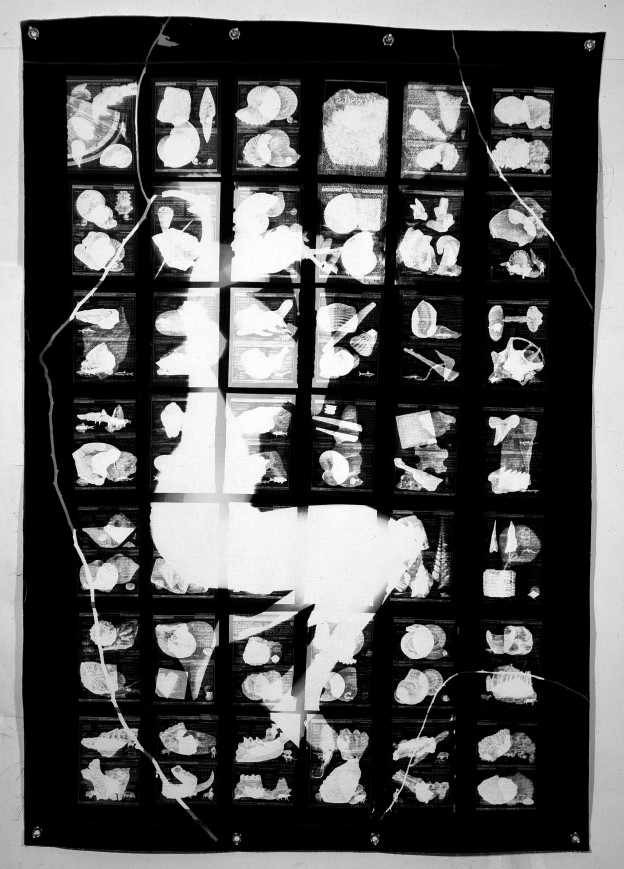 With the courtesy of the author & the Frederick Snitzer Gallery

* As part of the exhibition “Body, Maps and Territories: Personnel Geographies”

Martinez-Cañas explores the pain of loss in these 1988 tribute-series where her body becomes involved in the creation of an image printed by the Rayograph procedure.

In the series “Flight (Hospital Bed)”, María Martínez-Cañas accomplished a ritual act of communion. The artwork originates in her having accompanied a close friend through his agony in a hospital, and visiting the posthumous exhibition of Carlos Alfonzo. Exorcizing the marking of death on the bodies of her friends, while at the same time covering hers and embracing life, she wrapped herself into a blanket and lied nude over the photographic paper as if it were a bed. She placed botanic papers, and leaves of palms and bougainvilleas under and over herself, she then turned on the light of the amplifier and created this series.

Along the different moments of her oeuvre, the presence of nature has been a form of meditation, and this gesture of unifying herself with elements that connect her with the land of the Caribbean was a way of going back to the origin: a return to the beginning, and a reconnection that allowed her to accomplish a ritual vision of resurrection.

The resulting images give a new life to the body, which, by being permanently fixed onto the fabric, rescues in its own form the shape of the body of her lost friends. The fragmented images are a multiplied presence, and also a memory that embraces the intimate aperture from the self to the others in a way that can only be understood as a communion. 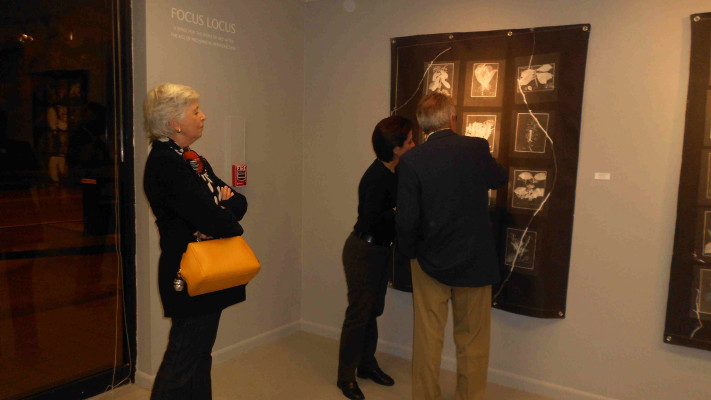 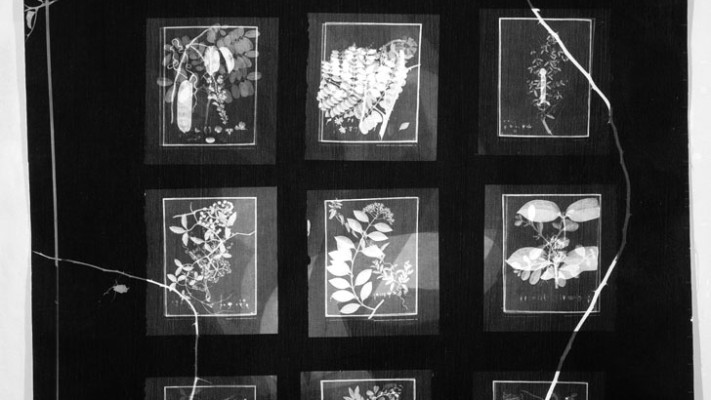 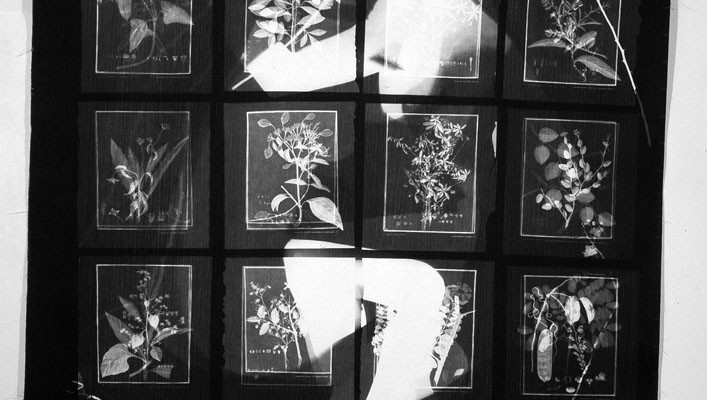 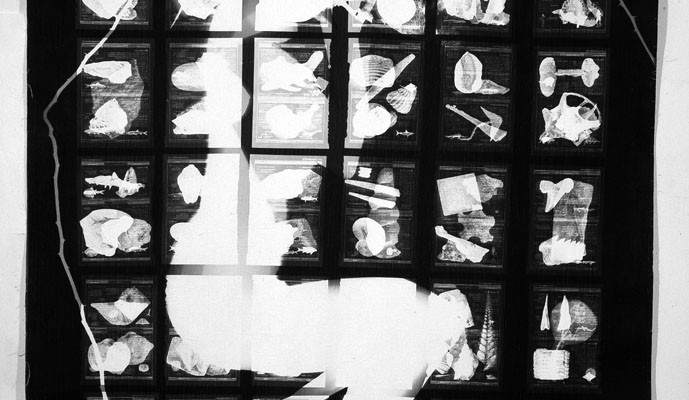 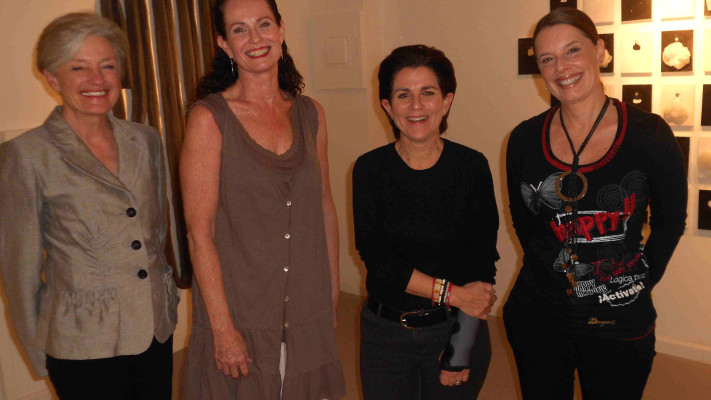 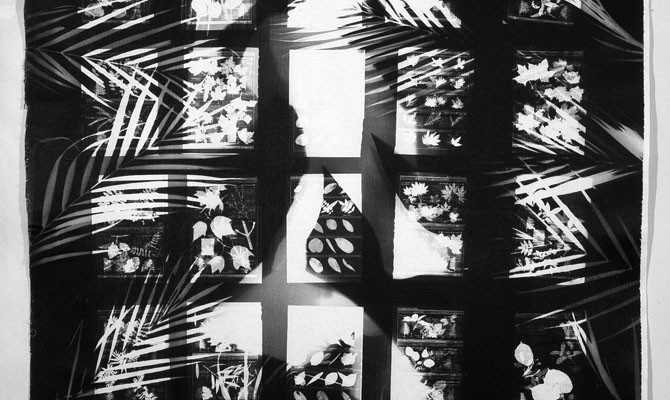 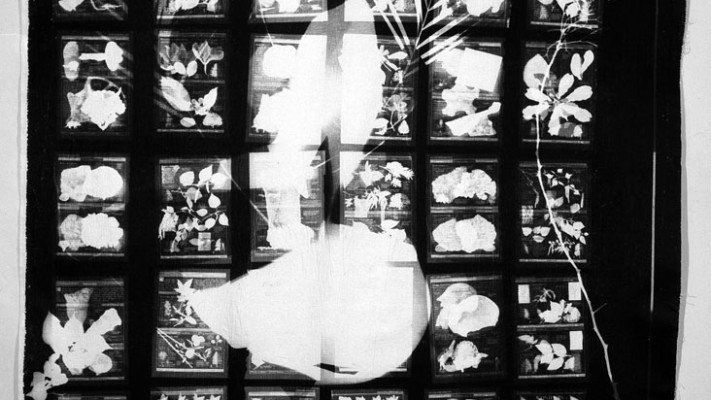 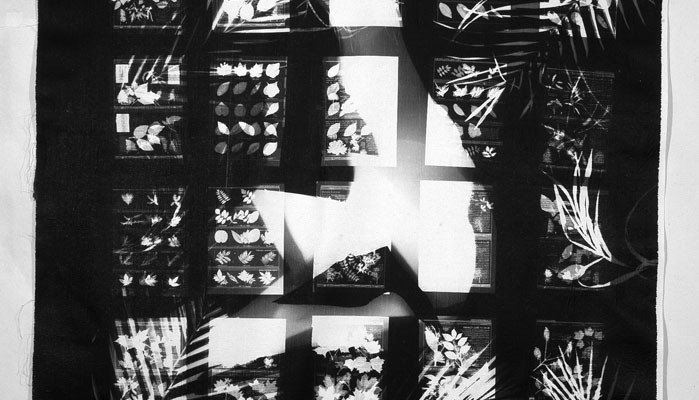 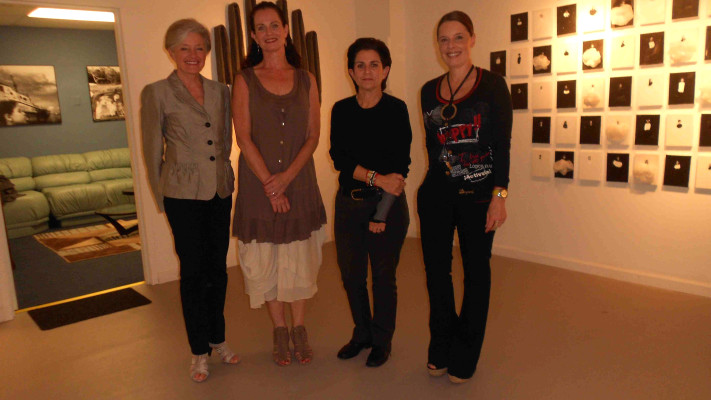 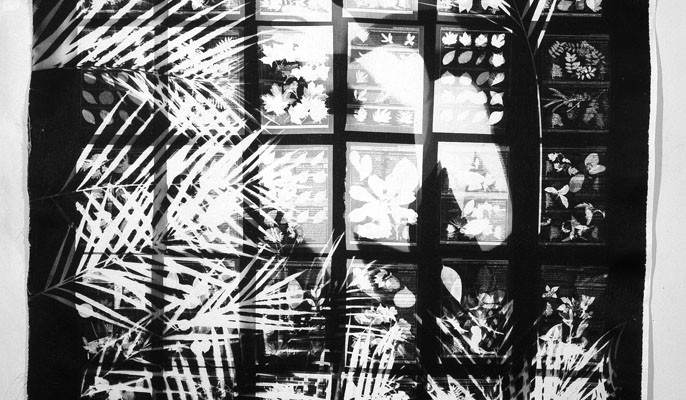 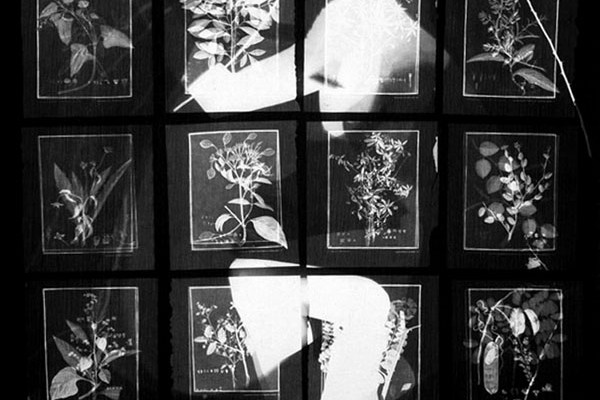