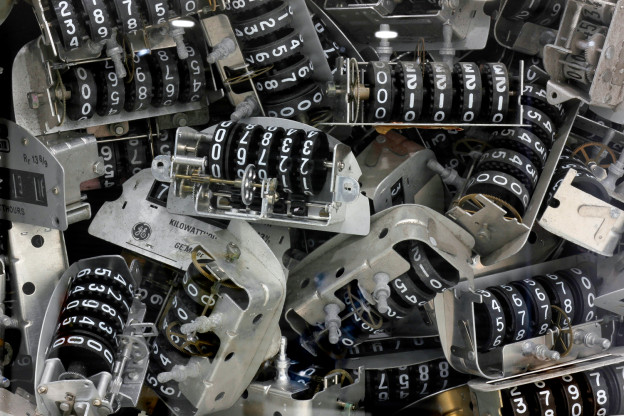 To my father Baudilio, whom Dizzy Gillespie used to call “the great Indian chief”

In the language of the Hopis—the ancestral people that once inhabited the central area of the United States—the word “Koyaanisqatsi” means “Life Out of Balance.” Filmmaker Godfrey Reggio used it in 1982 as the title to the first of an experimental film trilogy documenting—with Philip Glass’s suggestive music and no dialogue at all—the loss of balance in this “world we live in,” in his own words.

Nearly four decades ago, the fast camera language used by Reggio in several of the film’s scenes described better than any other medium the speediness of our way of life, the frenzy associated to the movement of large human agglomerations and the fast-paced rhythms of serial production of consumer goods. In contraposition, slow motion allowed the close observation of the accelerated destruction of certain life spaces, sketched as a metaphor of human voracity on earth, a voracity parallel to the excessive accumulation of goods and at the same time opposed to the rhythm of the natural world, where vast empty spaces and quiet contemplation are still possible.

Return to “Koyaanisqatsi”–an exhibition made up by photographs, installations and objects—revisits the spirit and documentation of this urban paroxysm by means of a different process of visual investigation (using the 4X5 negative camera) in a series carried out in the city of Miami in several scrap metal recycling facilities. The traditional “large format” cameras—now practically in disuse—impose, from the very process of registration, an appropriate slowness of looking and making, while guaranteeing at the same time a sharpness of detail highly superior to the digital medium with its hasty recording speeds.

And why the junkyards? Because never before in the history of human civilization has waste constituted such a threat as the one it poses for us nowadays. We can hear today a prophetic echo in the words sent in 1855 by Chief Seattle of the Duwamish tribe to then-President of the United States Franklin Pierce: “My words are like the stars –they do not set. How can you buy or sell the sky –the warmth of the land? The idea is strange to us. Yet we do not own the freshness of the air or the sparkle of the water (…) This earth is precious to him [God], and to harm the earth is to heap contempt on its Creator. The whites, too, shall pass – perhaps sooner than other tribes. Continue to contaminate your bed, and you will one night suffocate in your own waste.”

I have documented, in visits spread throughout a year, the testimony of the culture of obsolescence and the speed wherewith we use, accumulate and discard objects in a diametrically opposed way to the preservation of the environment; in a peninsula like Florida, severely threatened by climate change and the warming of the oceans. Through the photographing of junkyards, I have also registered the formal beauty of garbage. I have rescued found objects and assisted them—recycled them—to give them a new life as an imaginative gesture. And I have asked myself the question that I pose here, with a clear awareness in mind that the time to resist this paroxysm is increasingly running out: How can we stand against the programmed obsolescence, the accumulative excess, and the maddening speed of life? How can we find common ways to keep us from “suffocating in our own waste” and recover the balance we have lost? I came back from these dumps with a clearer view about the urgency of a quieter common life, less voracious and destructive, more full of cheerfulness and imagination, and above all, capable of constructing a sustainable culture for our species as well as for all the others. This is the only way to avoid the coming time of gloom, a time when, according to chief Seattle, will start “the end of living and the beginning of survival.” 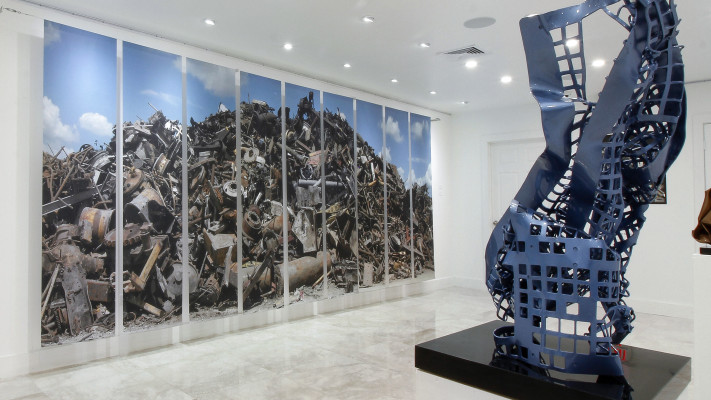 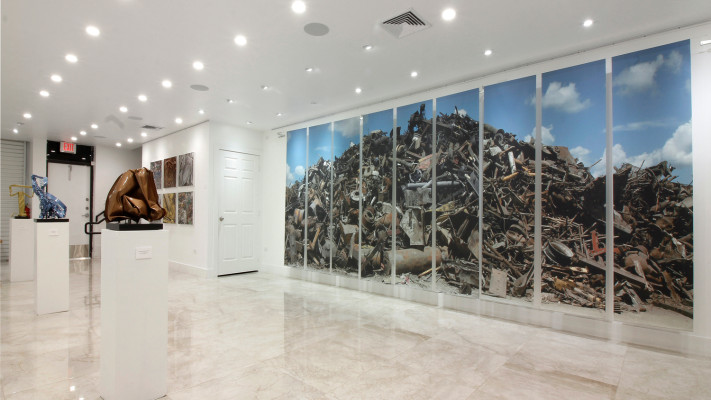 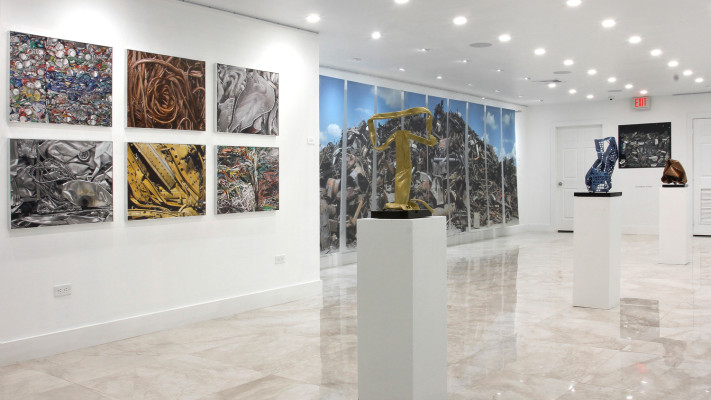 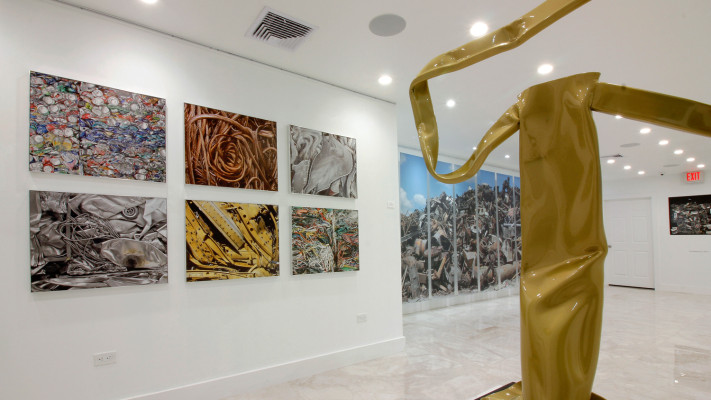 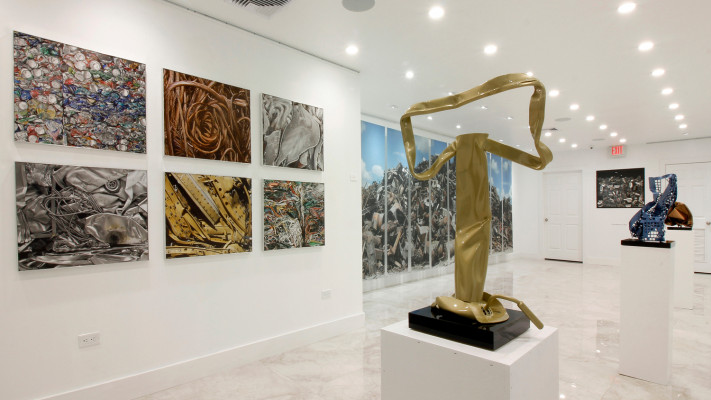 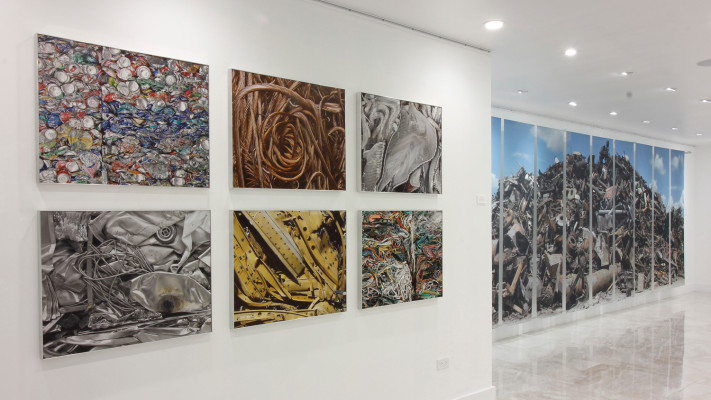 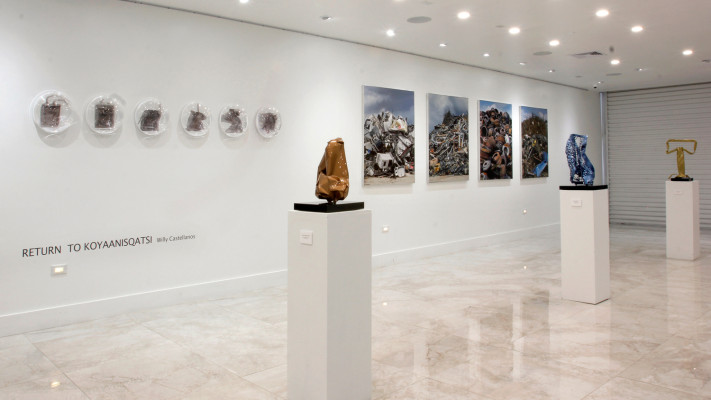 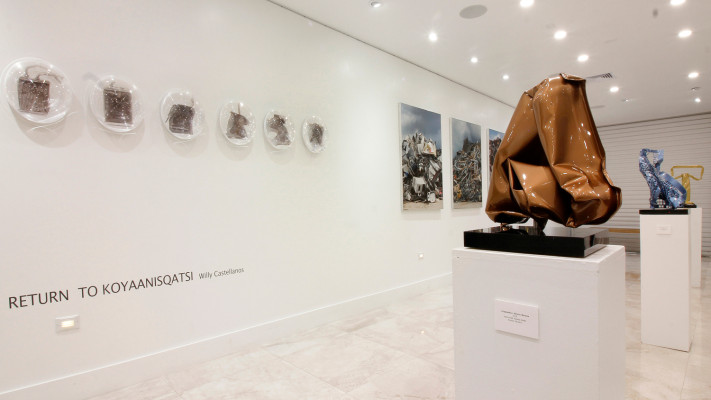 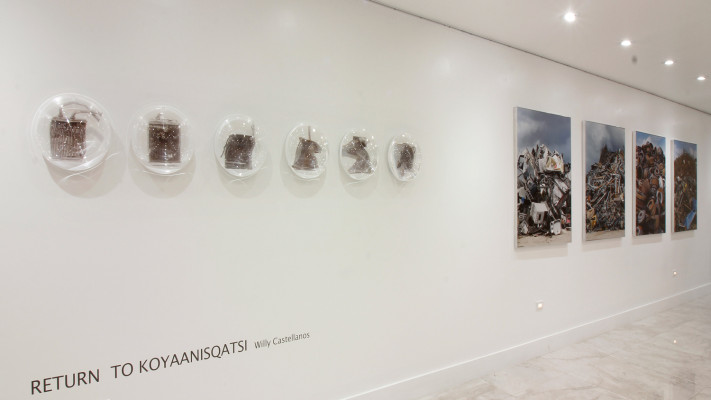 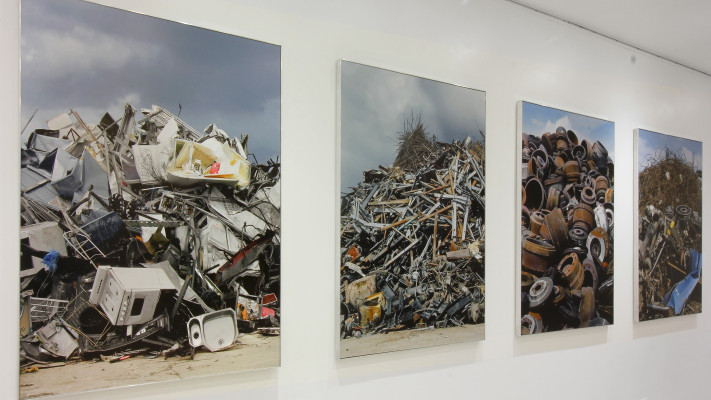 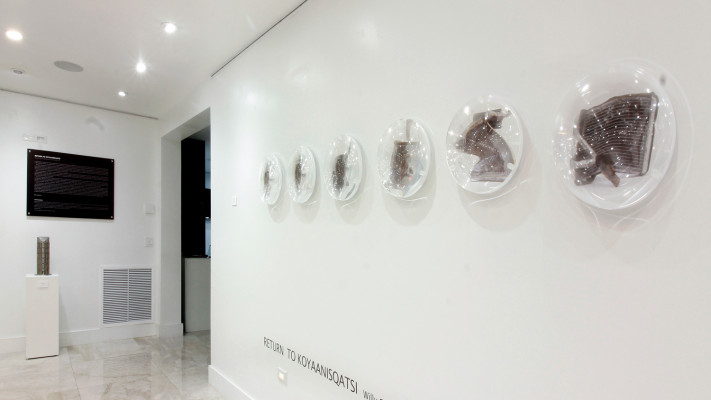 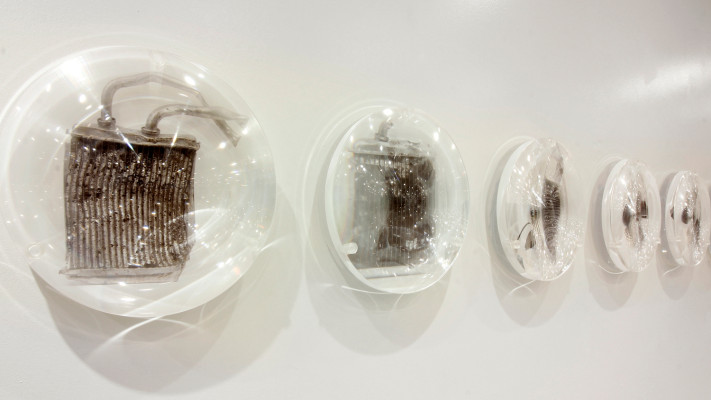 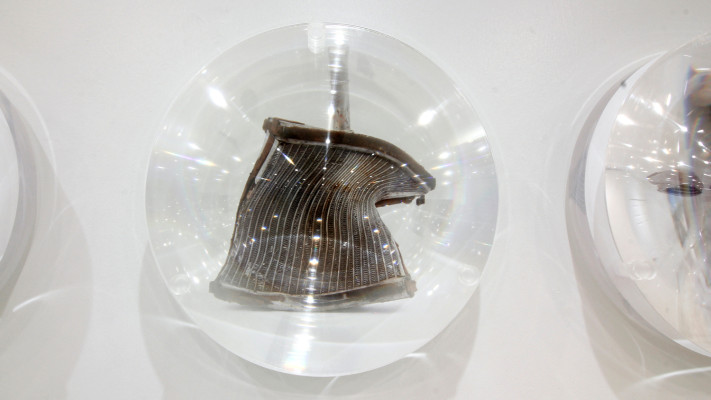 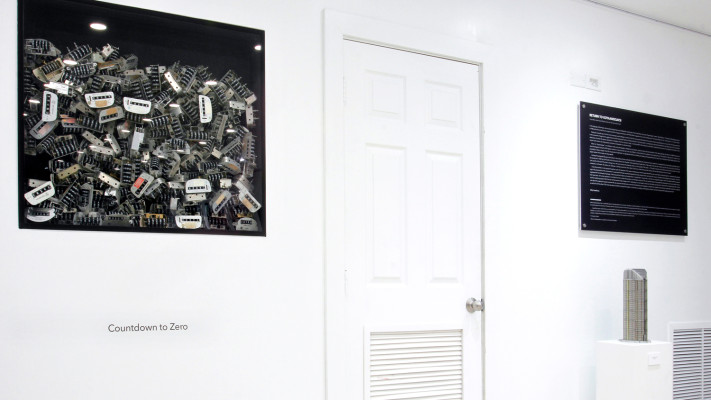 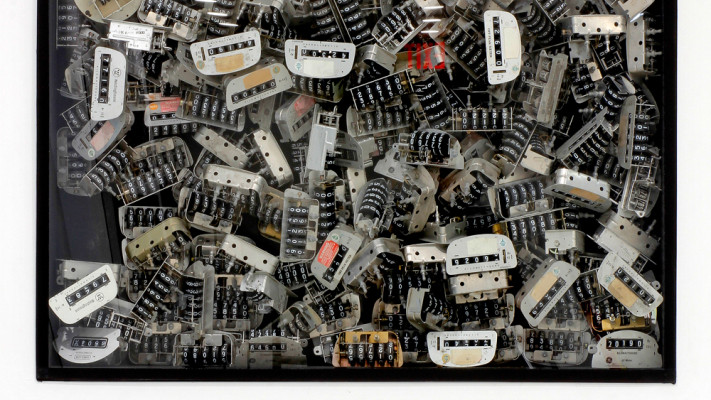 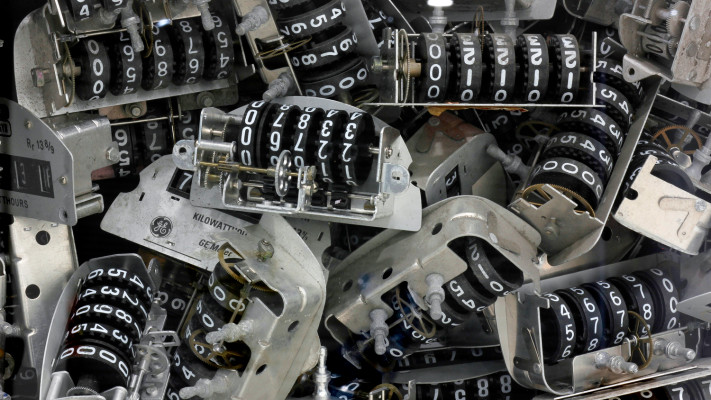 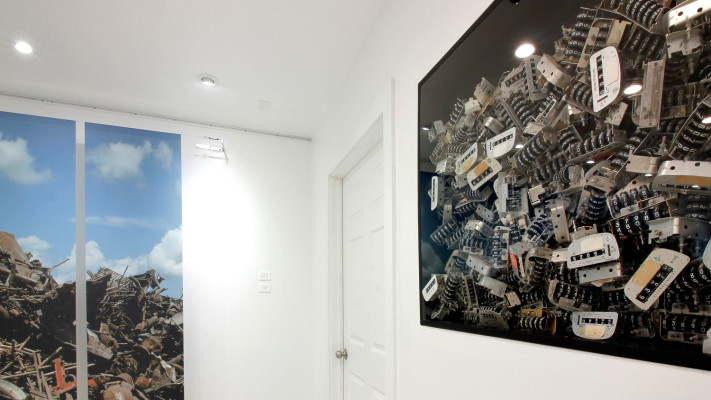 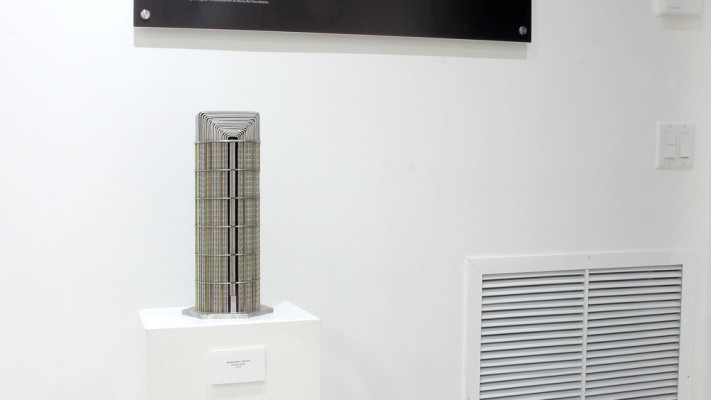 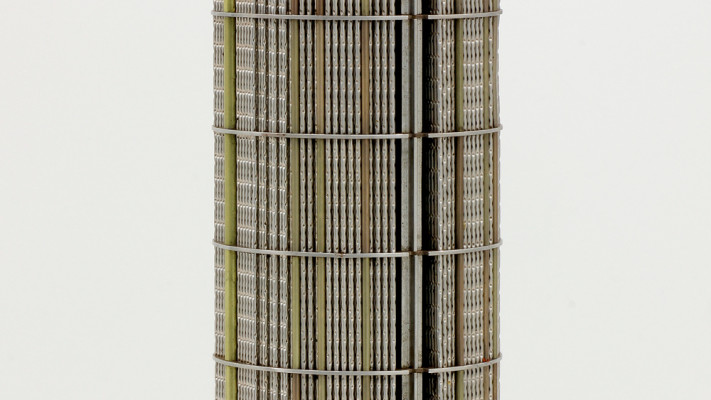 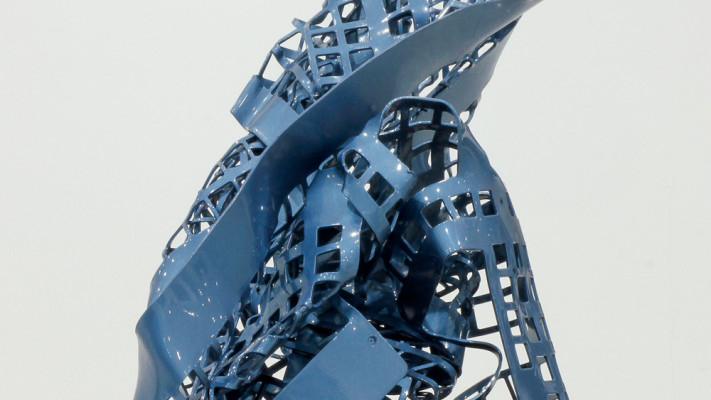 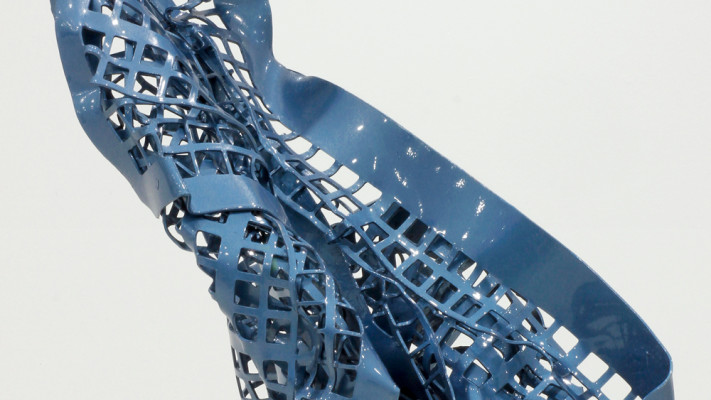 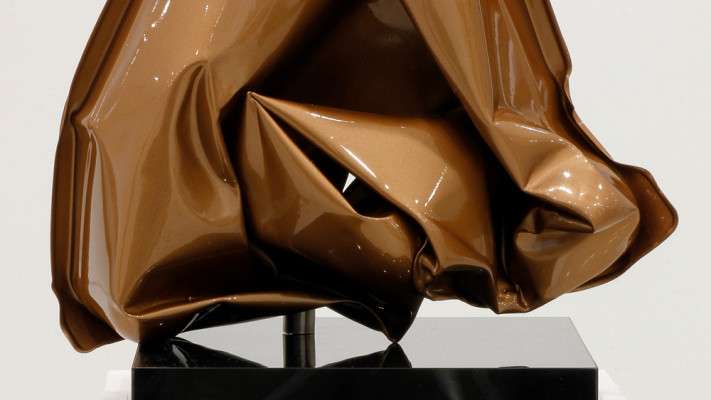 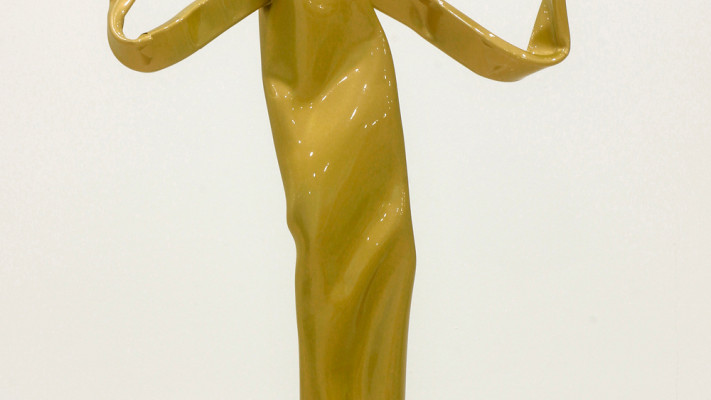