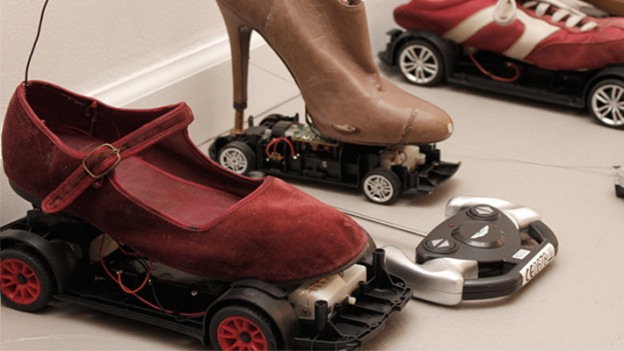 (In collaboration with the Instituto Ramón Llull, Barcelona, Spain)

* As part of the exhibition “Walking in someone else’s shoes: identities in transit”

“Nowadays in cities made for cars, it seems almost impossible to walk barefoot in the street. But the truth is that until recently most people went barefoot. With the Industrial Revolution, things began to change. Let’s think about their origins: Why did we start to wear shoes? How did the shoe appear in the history of humankind?”

“The prototypes enter the room and with them come smiles and looks of amazement. Children jump up and down and cover their eyes with their hands. Adults connect with their inner-child. The remote controlled prototypes seem so familiar that they blend right in, like one of us. Ultimately, who controls the Shoe-Cars?”

Born in Barcelona in 1962, Xavier G-Solis has a Degree in Philosophy from the University of Barcelona and a Degree in Advanced Technique in Sculpture from the Las Palmas de Gran Canaria School of Arts. He currently lives in Barcelona were he has fully dedicated himself to contemporary art.Over the last ten years he has developed a body of work around the concept and object of the “used shoe”, using the shoe as a paradigmatic symbol of the history of modern man; his work reflects the way in which the shoe influences our interaction with each other as well as with the natural world. His work is realized through sculpture, graphic art, performance art, photography, film and installations. 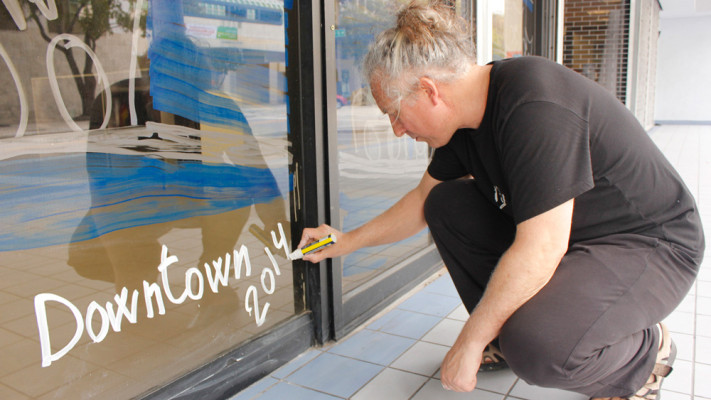 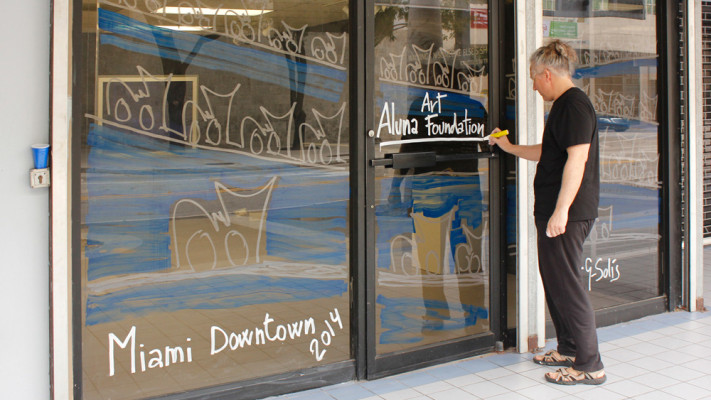 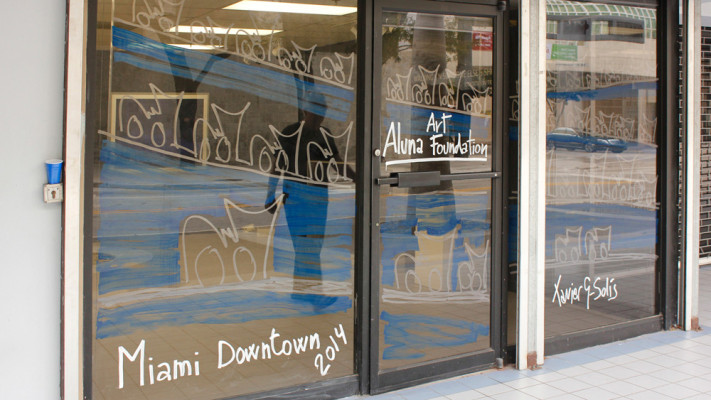 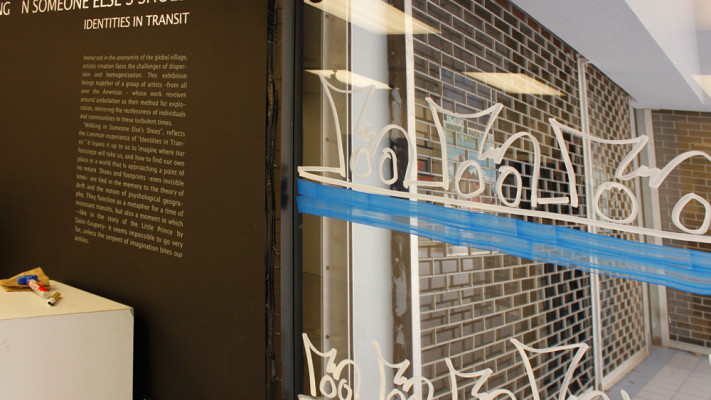 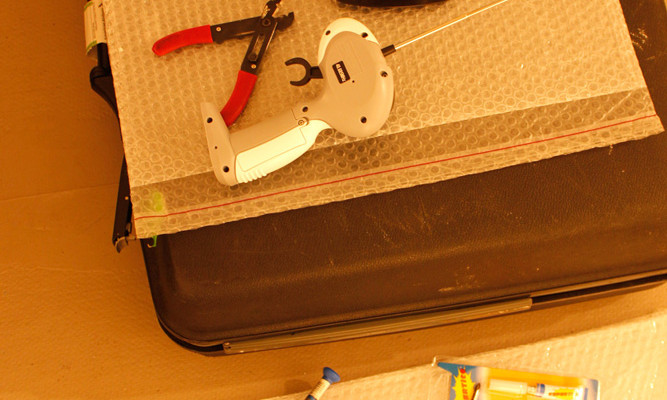 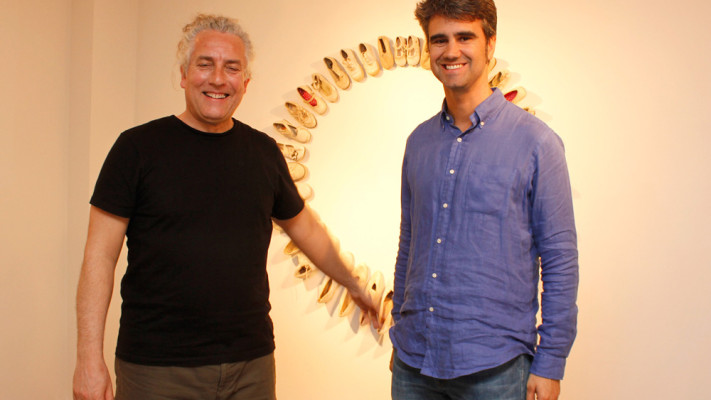 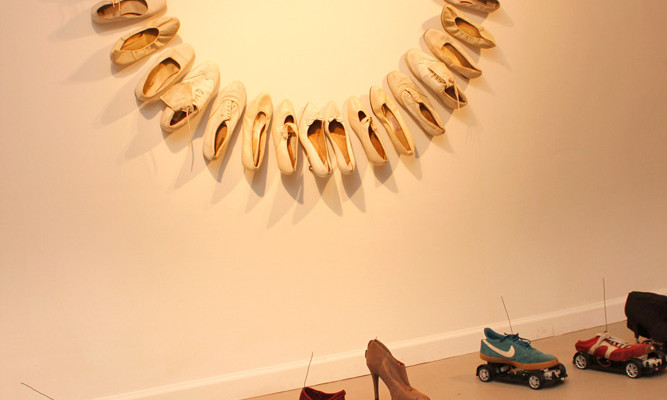 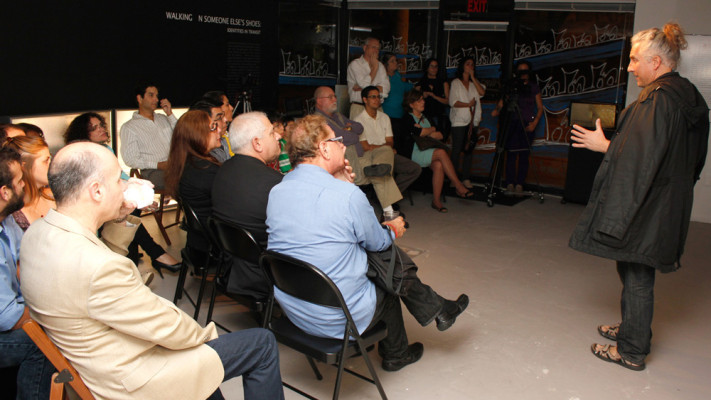 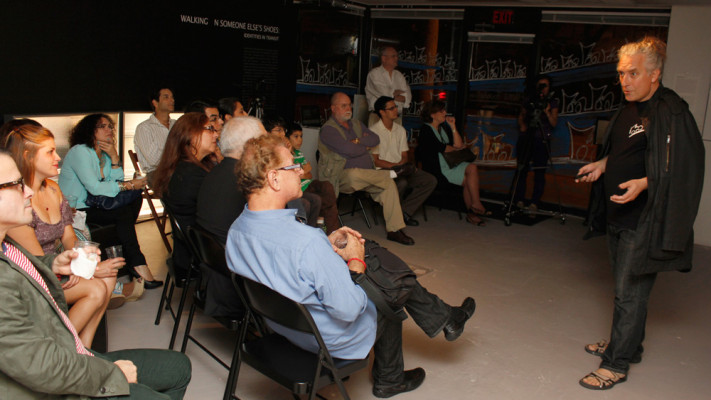 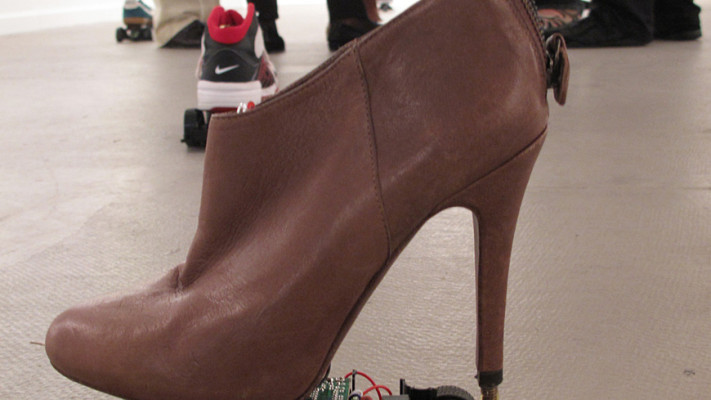 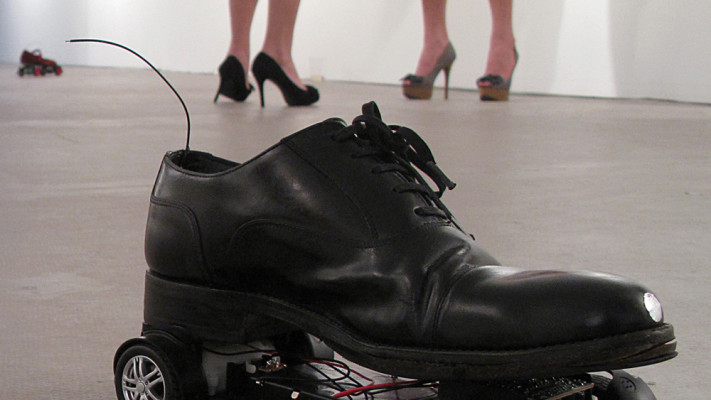 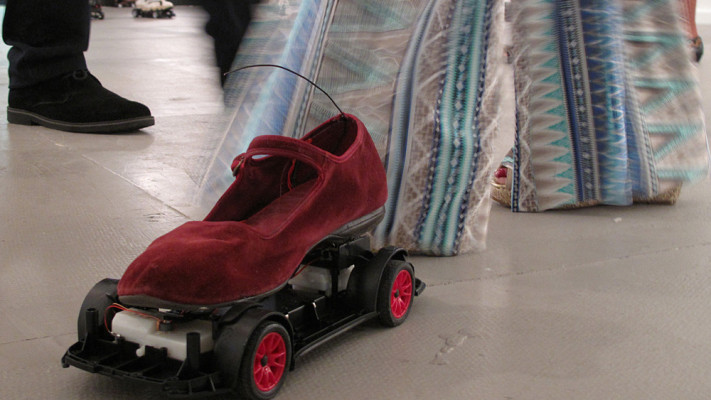 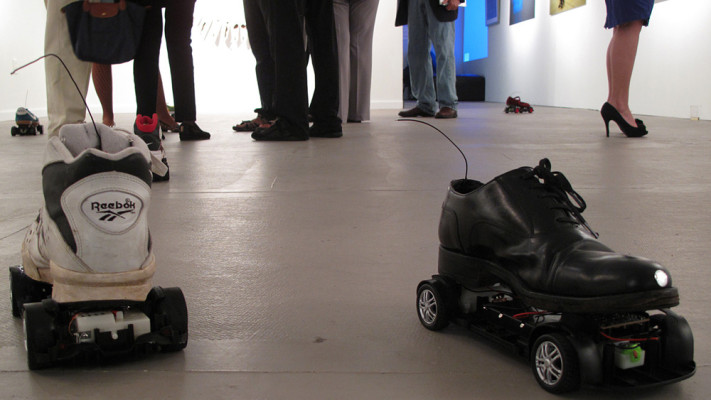 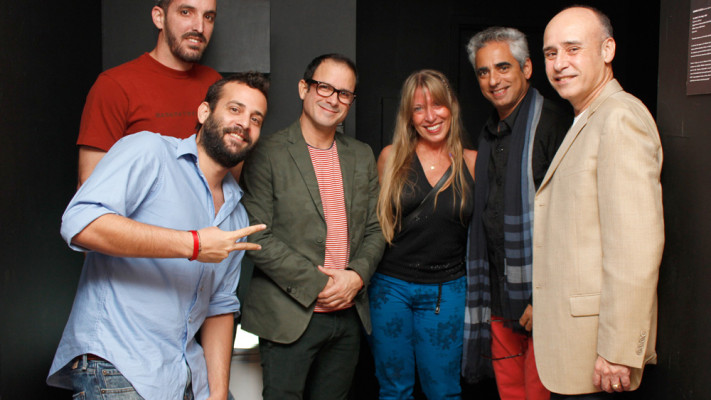 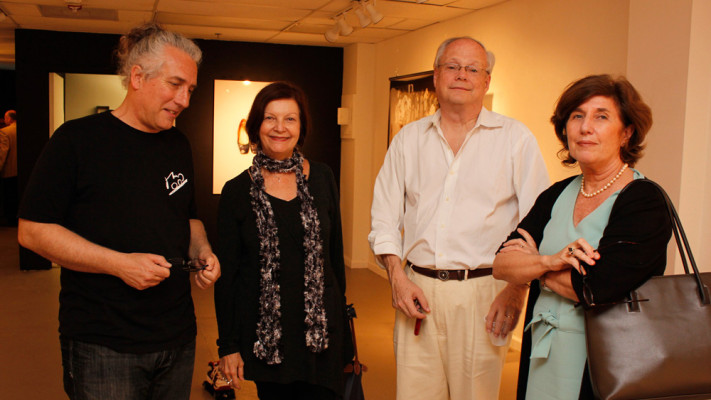 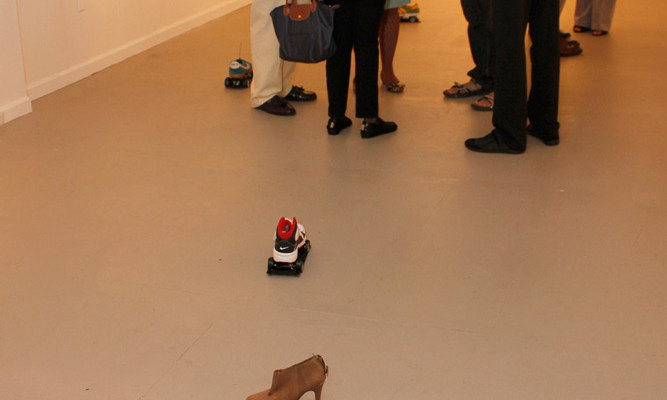 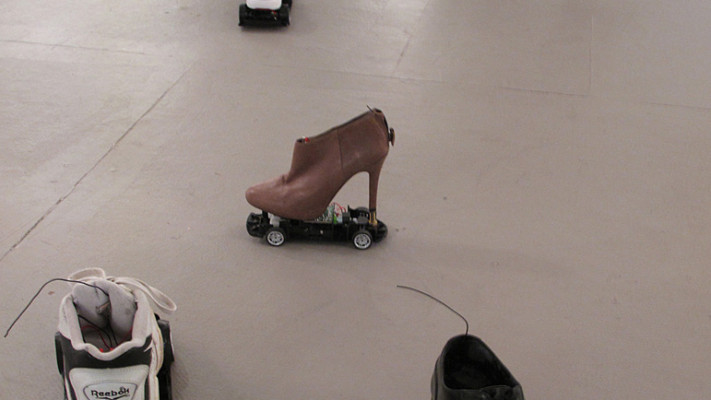 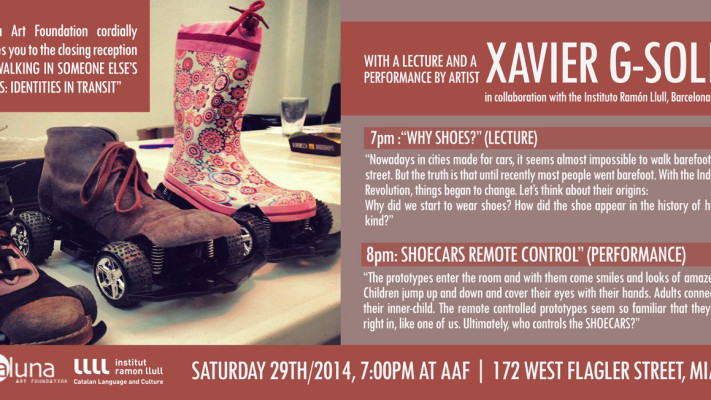